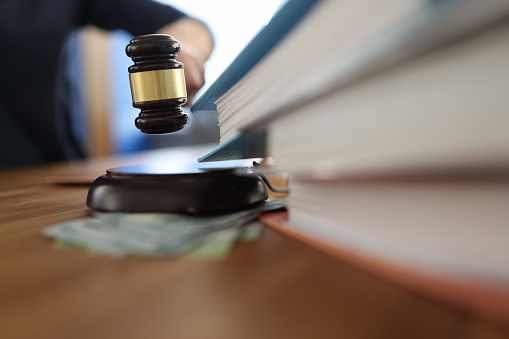 When you are under investigation for health care fraud, launching your own investigation with a medical fraud defense attorney and preparing responses to all of the government’s possible actions against you is the best way to avoid formal charges or mitigate the repercussions. First, you must understand what constitutes medical fraud, what legal rights you retain while under investigation, and which defense strategies are available to you.

What Is Healthcare Fraud?

Healthcare fraud is any deceptive billing practice that exploits government benefits programs or private insurance providers for the unlawful gain of an individual or a group of individuals. Doctors, nurses, hospitals, pharmacies, medical clinics, and ambulance companies can all be subject to civil charges under the False Claims Act and criminal charges under 18 U.S.C. §1347 and §1349.

The most commonly investigated forms of healthcare fraud include:

What Are the Penalties Associated With Healthcare Fraud?

A healthcare fraud investigation usually initiates with a Medicare audit or information obtained from a source cooperating with the OIG or the FBI. As part of the investigation, the government may execute an FBI search warrant, during which officials seize laptops, confiscate paper records, and attempt to interview individuals associated with the fraud. Depending on the outcome of the audit and the strength of the prosecution’s evidence, subjects of the investigation may be arrested and taken to trial.

Individuals who are found guilty of medical fraud face a range of penalties depending on which statutes they violated, whether or not the care of patients was compromised, and what dollar value was associated with their alleged illegal actions. A conviction can result in severe fines, OIG exclusion, collateral consequences, and jail time.

How Will Your Medical Fraud Defense Attorney Prepare Your Case?

If either you or your corporation are under investigation for medical fraud, you will need to engage a defense attorney who specializes in medical statutes and billing practices. According to the American Bar Association Model Rules of Professional Conduct, it is inappropriate for an attorney to represent a client in a medical fraud case without sufficient expertise in the body of law pertaining to healthcare providers and their organizations. Qualified medical fraud defense lawyers focus on:

If the audit process is still underway, your attorney may be able to help you present documentation to pass the audit successfully and avoid formal charges. Depending on the nature of the fraud, you may be able to submit evidence that the coding was correct or that the medical services rendered were consistent with the standard of care.

Cooperating With the Investigation

When the government launches an FBI investigation, it is important that all of the subjects are aware of actions that could violate additional laws or strengthen the prosecution’s case. All staff and managers at the facility being investigated should be familiar with the Federal Obstruction of Justice Statutes and refrain from any attempts to conceal or destroy evidence. Subjects of official interviews should receive legal council before giving any statements.

Negotiating With the Government

Your lawyer may be able to facilitate a deferred prosecution agreement that will allow you to negotiate with the government prior to, and possibly avoid formal charges. To prepare for the negotiations, your lawyer will investigate the allegations and attempt to identify weaknesses in the prosecution’s arguments. By undermining the prosecution’s evidence and casting doubt on their expert testimonies, your lawyer may be able to persuade the government to settle outside of court.

If the government decides to press formal healthcare fraud charges, your lawyer will focus on overcoming their arguments by thoroughly examining the grounds on which the charges were brought. Sometimes, the defense can discredit the prosecution’s case by revealing that the government published contradictory guidelines pertaining to medical billing or the standard of care. If the government presents testimonies stating that the accused individual(s) billed services that were not medically necessary, the defense might be able to cast doubt on the witnesses’ medical qualifications.

Another important defense tactic focuses on optimizing the jury selection to avoid facing members who are biased against large medical establishments or persons who are accused of fraud. Throughout the trial, the defense must counter the accusations by presenting its own evidence and expert witnesses to support the legality of the billing practices that took place or the medical necessity of the services rendered.

Charges of healthcare fraud are serious accusations that demand a thorough investigation on the part of both the prosecution and the defense. While the government may present strong evidence against you, it is your right to work with a qualified defense attorney who understands the highly nuanced nature of medical law and billing regulations. By satisfying the audit, negotiating with the government, or cutting into the prosecution’s arguments, it is often possible to overcome or avoid formal charges.